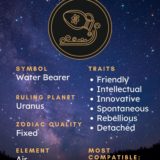 The Aquarius symbol is that of the Water Bearer. It is represented by two parallel water ripples or zigzagging lines. Aquarius dates usually fall between January 20 and February 19. 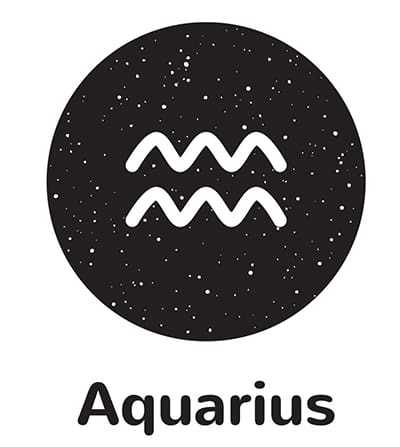 Every zodiac sign has a symbol or glyph that represents it. Some of these symbols have been around for thousands of years. In fact, we can look back at Greek paintings and see the same symbols.

Aquarius’s symbol is a little funny though. Even though Aquarius is a fixed air sign, it’s easy to think it might be a water sign because of its symbol. And because its constellation is found in a region of the sky known as the Sea. (Pisces also resides there.) If you think of Aquarius as the part of the glyph that causes the ripples on the ocean, then it’s easier to remember it’s an air sign. 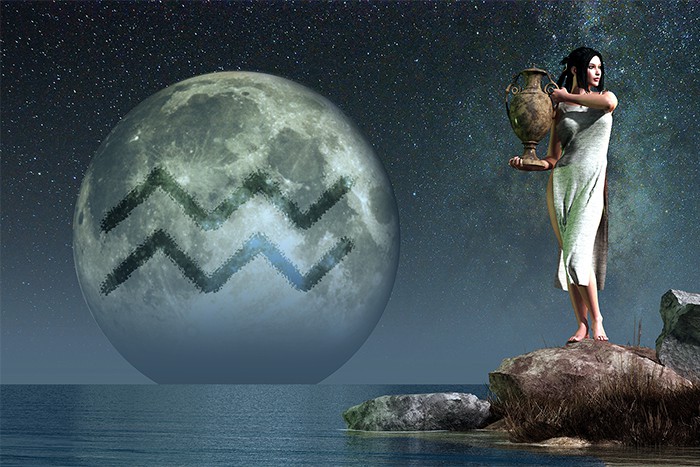 Why Is Aquarius the Water Bearer?

For this, we return again to Ancient Babylonia. The Babylonians, who first named the zodiac signs, called Aquarius  𒀯𒄖𒆷,  The Great One, and Gula, a giant being who poured overflowing vases over the mountaintops and irrigated the fields below. In some texts, Aquarius has also been associated with Enki and Ea.

What Are Some Aquarius Personality Traits?

When it comes to personality traits, Aquarians tend to be friendly and intellectual. They’re easy to chat with about deep subjects. But they can also be both innovative and grounded. If you’re thinking about starting a new project and need insight, chat up an Aquarian. They’ll make sure your idea can “hold water.”

They’ve also got a little bit of a rebelliousness streak that comes from Uranus. Uranus rules Aquarius and it is the planet that oversees innovations, novelty, and ingenuity. Saturn, Aquarius’s ancient ruler, now rules Capricorn, and those two make a much better match since it’s the planet of structure and tradition. 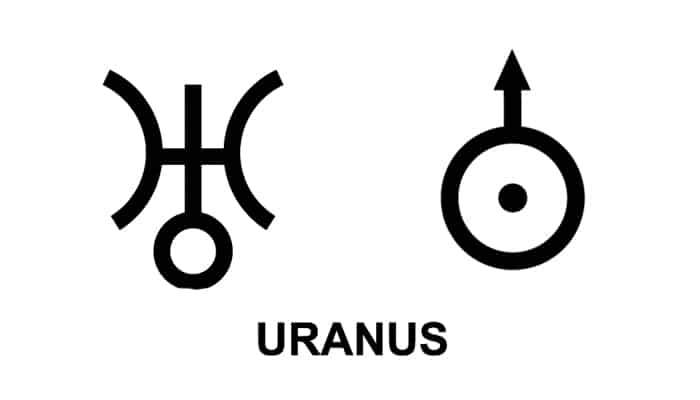 Uranus has two glyphs or symbols. One represents its discover, Herschel. This one has a cross over the circle (matter over spirit) and the two crescents on the sides represent openness. It also includes an inverted glyph of the Venus symbol. The second combines the energy of Mars (the arrow) with the symbol for the sun (the circle with the dot in the center). 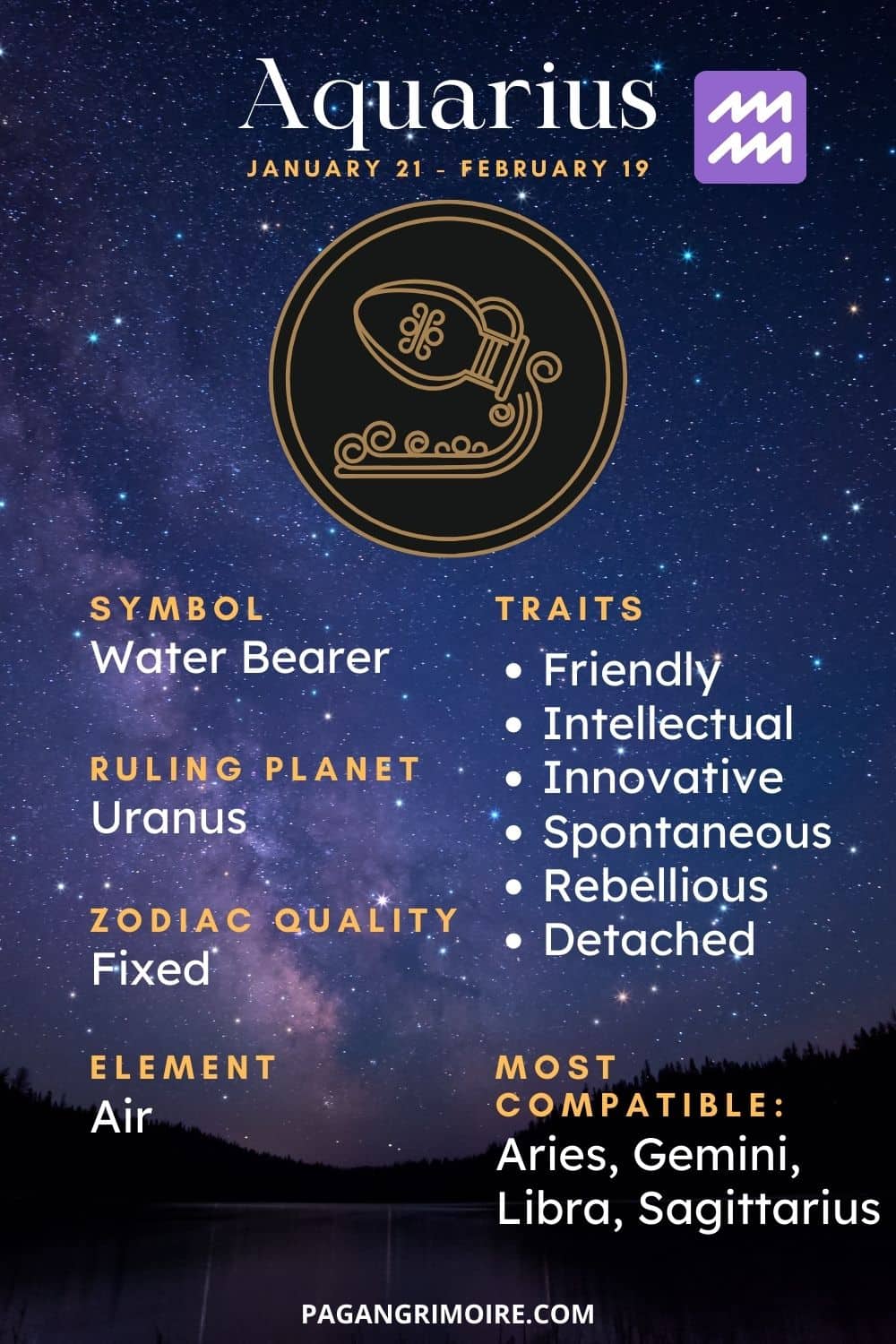 Latest posts by The Pagan Grimoire (see all)
As an Amazon Associate we earn from qualifying purchases. This post may contain affiliate links from Amazon and other sites from which we collect a share of sales.
2.2K shares