Hide Search
Home » Astrology » Zodiac Signs
This post may contain affiliate links from which we collect a share of sales. Click here for more details.
115 shares

The Aries symbol (or glyph) is the Ram. In astrology, Aries is a cardinal sign and it is also the first zodiac sign that represents the start of the wheel. Aries dates are usually March 21 to April 20. 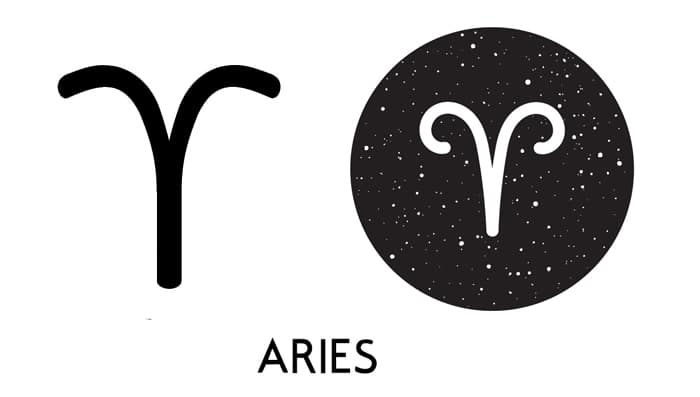 Aries are known for their innate passion, drive, and, well, stubbornness. Like a ram — or their cousin, Capricorn — once they get something in their head, good luck getting it back out again.

What Is the Aries Symbol?

The modern Aries symbol is probably the simplest to remember of all the astrological glyphs.

The Aries symbol represents the head of a ram, complete with horns.

Esoteric astrologists believe that the symbol combines the 1st ray of Will and the 7th ray of Ceremonial order. It’s also similar to the cuniform Amar sign that “depicts the face of a calf, but can be used to signify the young offspring of other animals.”

How Did Aries Become The Ram?

The zodiacal constellations we use today originated in Ancient Babylonian (modern-day Iraq).

In the Babylonian star charts, Aries was first known as Mul Lu-Hun-ga. This means “The Hired Man.” According to Gavin White, this refers not just to the men hired in the spring to harvest the barley, but can also be translated to mean “sheep of appeasement” because “the two different signs used to write ‘man’ and ‘sheep’, can both be pronounced as ‘lu.'”

In addition, the Hired Man is often linked to the Mesopotamian shepherding god Dumuzi (though sometimes, he is connected to Kingu). White explains in Babylonian Star-Lore that, “He appears in numerous guises, as a god of shepherds, cattle-herders, farmers, orchard men, fishermen and fowlers. Among the shepherds he promotes the abundance of the cattle-fold and its dairy produce.”

In later texts, the word for the sign became >Mul Udu-Nita. Udu represents sheep and Nita represents the phallus, or virility. And, perhaps where we originally derived the Aries personality traits of passion and drive. And why we later on connected Aries with Mars.

(Aries is Latin for Ram, in case you were wondering where we got that word from.) Either way you look at it, Aries is closely tied to the season of spring — the time when the first crops are harvested, the world comes to life, and baby lambs are born. 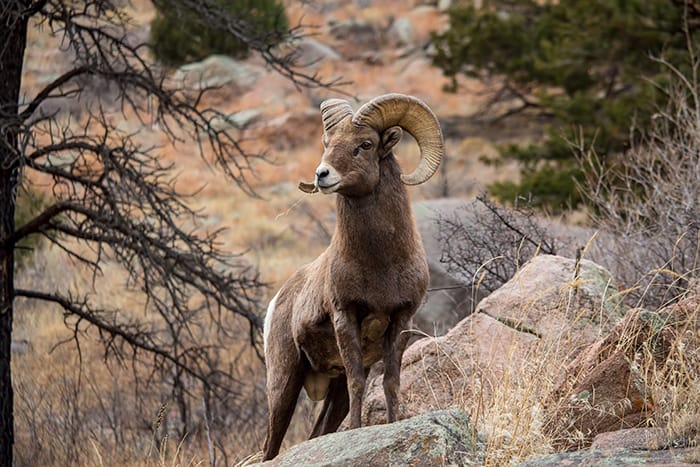 Latest posts by The Pagan Grimoire (see all)
As an Amazon Associate we earn from qualifying purchases. This post may contain affiliate links from Amazon and other sites from which we collect a share of sales.
115 shares