Hide Search
Home » Astrology » Zodiac Signs
This post may contain affiliate links from which we collect a share of sales. Click here for more details.
467 shares 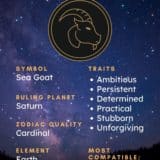 The Capricorn symbol (or glyph) is that of the Sea Goat. It represents the hoof of the mountain goat and the tail of the fish for the 10th astrological zodiac sign. Capricorn dates are usually December 22 to January 20.

Capricorns are known for their ability to get things done and work their way up the mountain no matter what. But, with their watery tail, they’re also able to go emotionally deep and tap into their creativity.

What Is the Capricorn Symbol?

You may have noticed that there are a few different Capricorn horoscope symbols out there. Every time I try and draw it, I feel like I’m seeing a new one! Some look like the word No, some look like 7s, and some have the loop at the top.

Why does Capricorn have different symbols? In Esoteric Astrology, it’s said that the Capricorn symbol represents the signature of God. So that may be one reason. But, if you look closely, you’ll see that in all Capricorn glyphs, the horns of the goat and the loop of the fish tail are there. 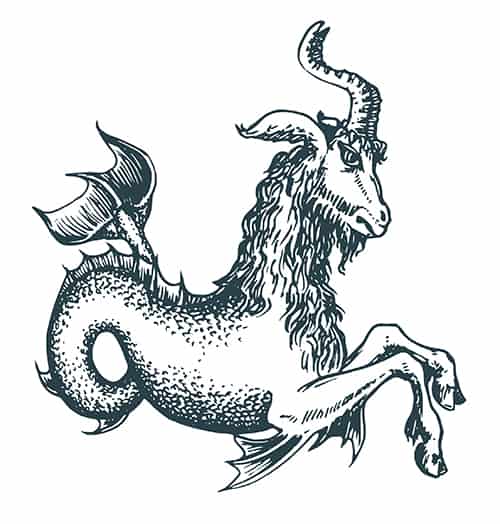 The horns come from the constellation of Capricorn, which looks like an inverted triangle and rises each year around the winter solstice.

This triangle can also be found at the center of the inverted pentagram that is found on the top of the Devil card in tarot. In the tarot, the Devil card is ruled by Capricorn, and represented by his goat form Baphomet or Pan in the Rider-Waite deck.

Here are some of the Capricorn symbols used in Babylon, which were also written as: 𒀯𒋦𒈧(𒄩) in their star catalog.

Why Is Capricorn a Sea Goat?

The zodiac as we know it was created by the Babylonians around 1700 BC, who existed before the Ancient Greeks. The signs of the zodiac represent their gods.

Capricorn is a representation of Ea (previously known as Enki) and its regent was the goddess Tašmetu. Ea was the incredibly virile god of water who lived under the ocean. He was associated with knowledge, creation, magic, and mischief and represented by a sea goat. And, Tašmetu was the granter of requests.

When the Greeks adopted the zodiac, they changed a few things. And, these days we consider Capricorn is a grounded earth sign and a determined cardinal sign that is ruled by Saturn, the ruthless father of the Greek Gods. 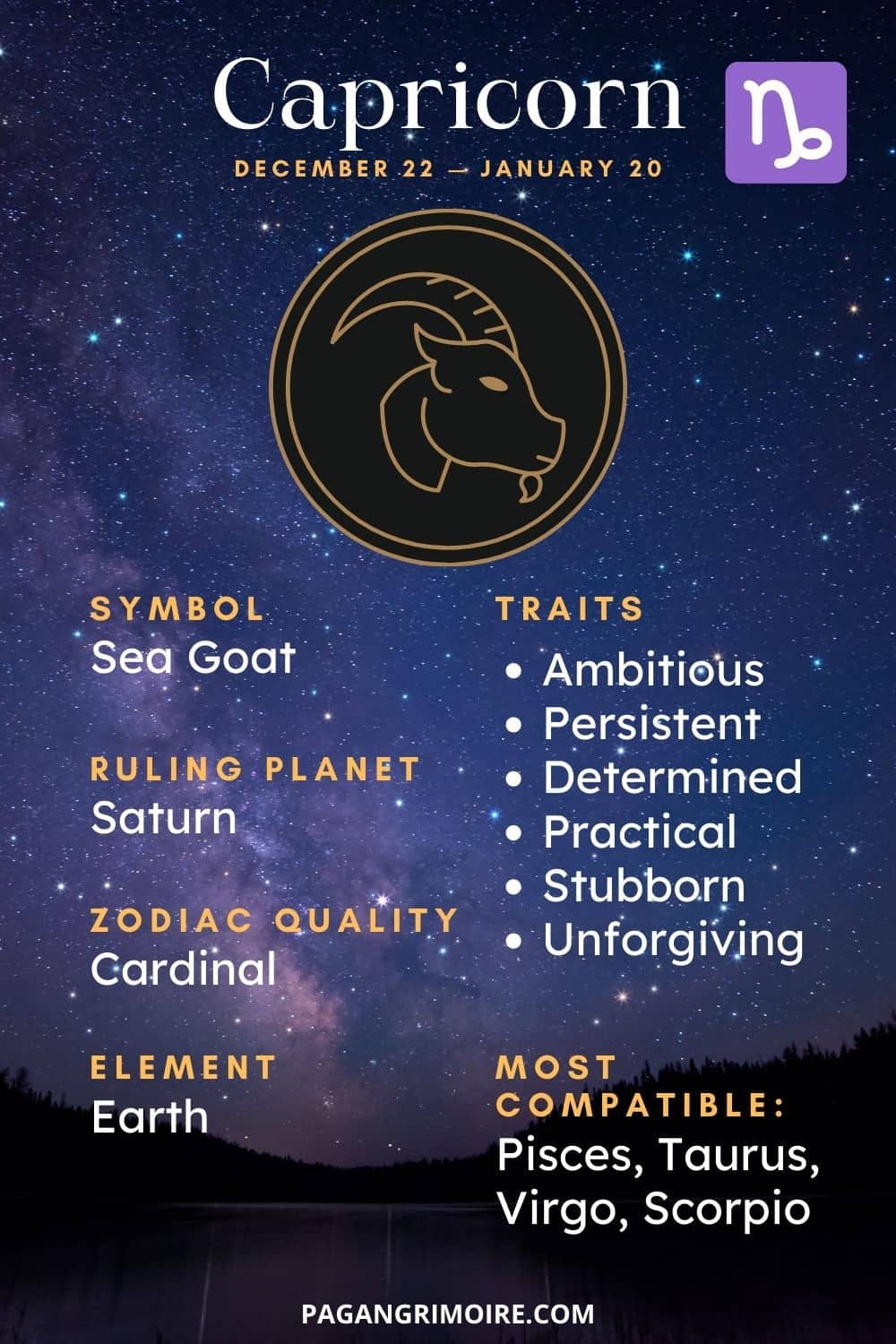 Latest posts by The Pagan Grimoire (see all)
As an Amazon Associate we earn from qualifying purchases. This post may contain affiliate links from Amazon and other sites from which we collect a share of sales.
467 shares