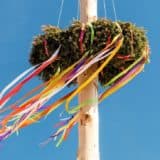 As the energy that arose during the spring equinox builds, the wheel of the year moves to the “cross quarter” holiday known as Beltane or May Day. The festive holiday marks the beginning of summer. 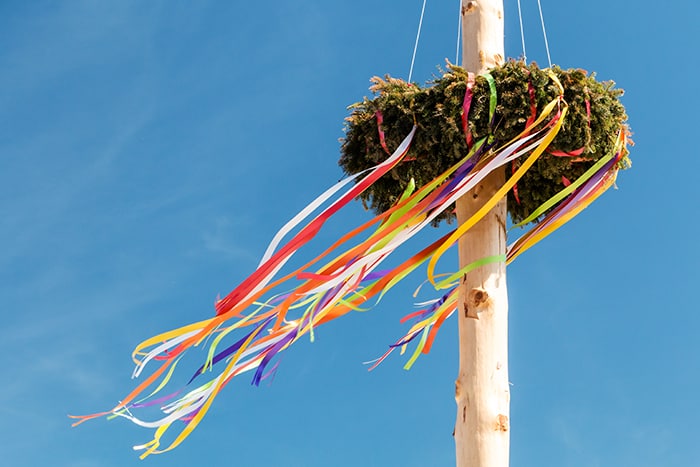 Beltane falls halfway between the spring equinox and the summer solstice on May 1. This year the pagan holiday falls on May 1, 2021 in the Northern hemisphere and on October 31, 2021 in the Southern Hemisphere.

(Where we enjoy Samhain and Halloween together here, those living in the Southern Hemisphere celebrate the Beltane sabbat and Halloween concurrently.)

For pagans, Beltane is the holiday that celebrates the time of year when the God and Goddess are equal in power and the masculine and feminine energies are united. The holiday celebrates their union through traditions such as fertility rites, fire festivals, and dancing around the maypole.

Beltane (pronounced Bel-tain) means “bright fire” in Celtic and refers to the god Belenus, who protected herds of cattle and offered healing and light to the ancient Celtic pagans. The word comes from the combination of the Celtic words “bel” meaning bright one and “teine,” which means fire. 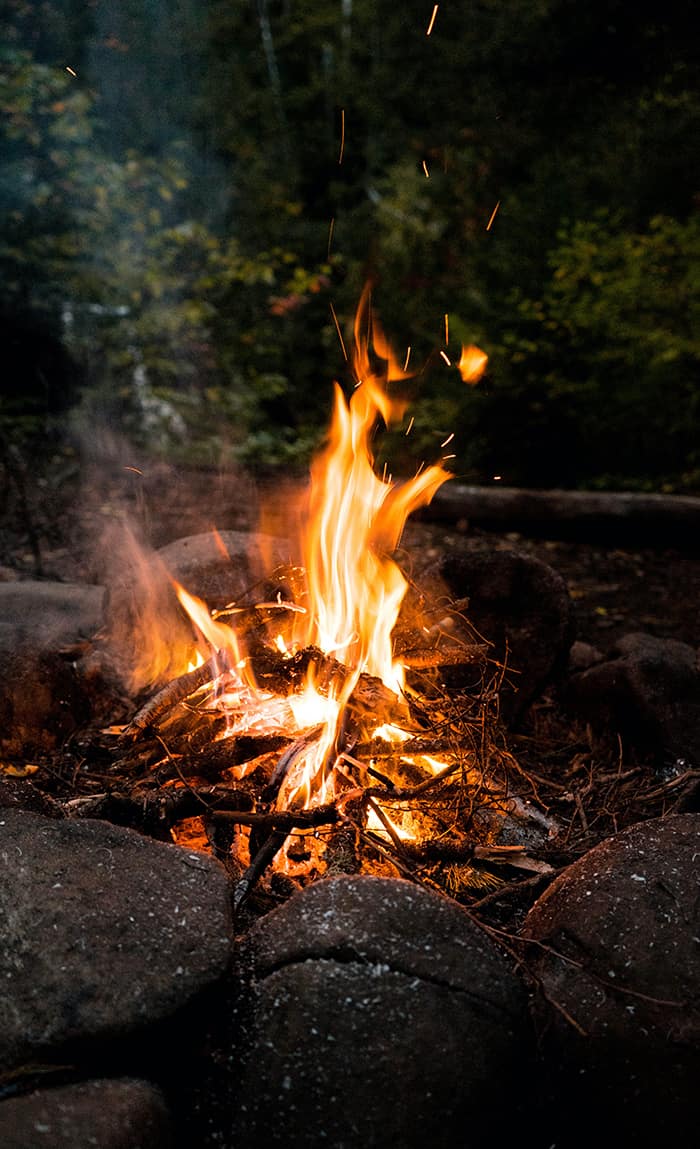 In earlier times, the Celts lit a need-fire in Tara, Ireland. They used this to light all the other fires in the local community and eventually, the country. They believed the smoke of this fire was considered purifying and healing for both people and animals, so they drove cattle through the smoke as they moved to summer pastures.

They cooked bannock cakes over the fires, made love that evening, and erected a maypole in the morning to dance around later that day. More controversially, they also sometimes sacrificed humans and animals to honor the gods.

Ancient Romans celebrated Floralia on April 27, honoring the goddess Flora, the goddess of fertility, by wearing flower crowns, and with lovemaking, plays, and general hedonism. (Also known as every other day in Rome.)

Beltane is still a popular time for planting, handfasting, romance, flower gathering, and honoring the divine masculine and feminine energies.

Fire still plays a prominent role in celebrating Beltane. For modern Pagans, lighting a fire or at least some kind of symbolic flame represents the warmth and generative energy of the sun. And Scotland hosts the Beltane Fire Festival each year which draws thousands of attendees.

The maypole also remains a popular tradition. It represents the union of the energy of the goddess and the god. The long pole corresponding to the god’s phallic energy. This is set into a hole in the earth and decorated with ribbons and garlands.

After this is placed into the earth near sunrise, the whole community holds ribbons and dances in a weaving pattern around the maypole. The men go in one direction and the women dance in the opposite direction.

Some Pagans believe that this is the time of year when the veil is thin between the human and the faerie realm, so for some, it’s tradition to leave out offerings for the fae.

How to Celebrate Beltane

1. Dance around a Maypole

Enjoy some movement and the outdoors and maybe even some singing. Maypoles can be elaborately decorated or fairly simple with just a tall pole and some ribbons. If a full-size Maypole isn’t possible, you can craft a small representation to add to your altar to invite blessings from the May Queen and the Green Man or symbols of the divine masculine and feminine. 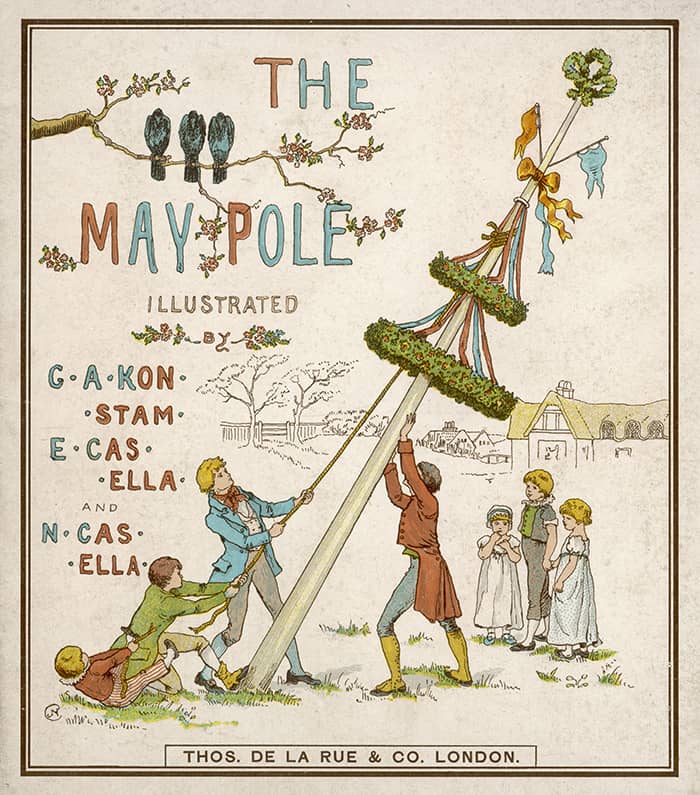 Making and wearing flower crowns can be a fun Beltane activity. Use daisies, carnations, or other hearty blooms and greens to celebrate the full bloom of summer. Ribbons or lace can add to the festive feeling of the crown.

This holiday is all about sensuality and enjoyment, so have fun with a partner or solo. Light a fire and enjoy the abundance and flowing energy of Beltane. 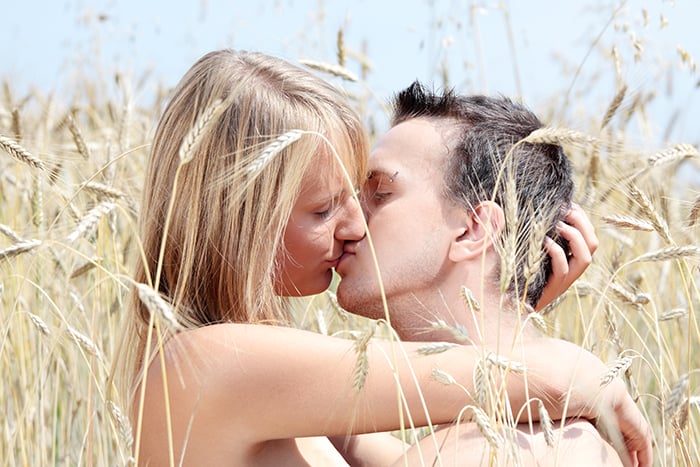 If you’re up for traveling next year, the traditional Beltane Fire Festival at Calton Hill in Scotland recreates an ancient ritual for modern times.

These Scottish traditional cakes are similar to a scone, but were baked in a fire. Enjoy with some honey and share with a friend or lover for good luck.

To keep with the light and celebratory theme of Beltane, you could whip up a batch of Elderflower Champagne. It is a wedding between the goddess and the god, so fun beverages and fermentation are very appropriate. If you are not up for brewing, elderflower cocktails are another tasty option.

Latest posts by Ash Elding (see all)
As an Amazon Associate we earn from qualifying purchases. This post may contain affiliate links from Amazon and other sites from which we collect a share of sales.
255 shares