Freyja: The Norse Goddess of Love, Fertility, and Magic 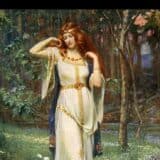 Freyja is said to be the most beautiful goddess in Norse mythology. According to Old Norse literature, this guardian goddess originated from Germanic mythology, is the goddess of love, fertility, and magic.

But, she also rules over battles and death and was the one who taught magic to the Aesir gods. 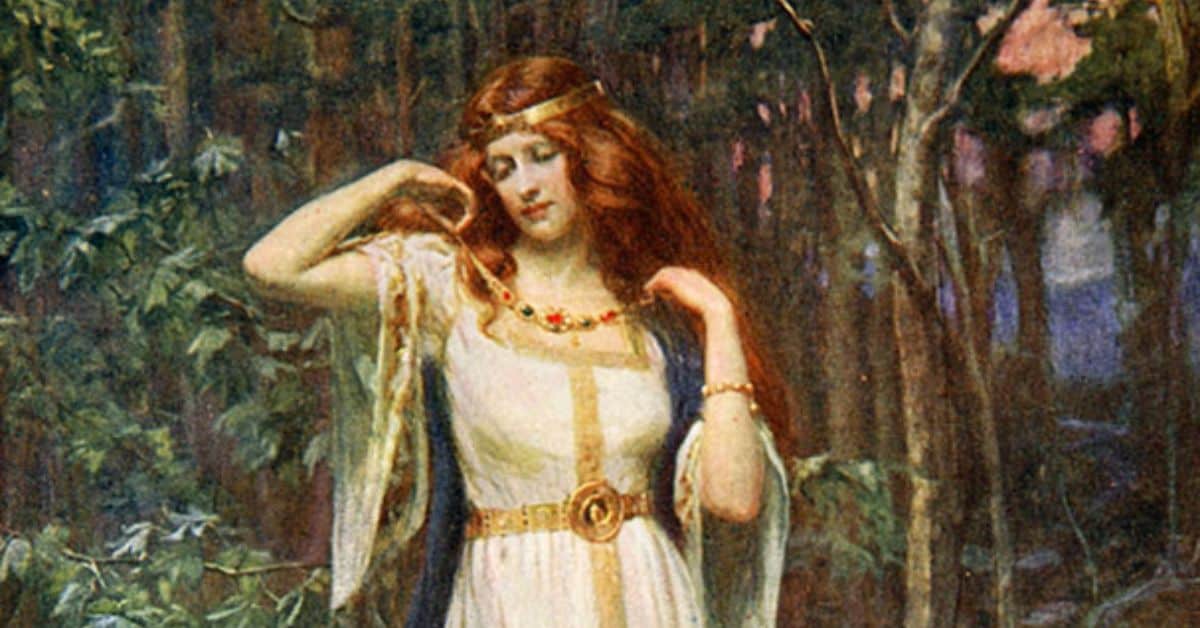 The Vanir goddess’s name — sometimes spelled Freya or Frøya — comes from Old Norse and means Lady. Considering that according to the Eddic poems (or at least Loki), she’s a bit of a hedonist, this — and historical documents — might provide some insight into Viking life.

The daughter of Njordr, sister of twin brother Freyr, and wife of Odr is sometimes confused with Frigg. And, while there are similarities between them, the two goddesses are not the same, as we’ll explore more below.

What Is Freyja the Goddess Of?

Freyja is primarily the Norse goddess of love and fertility. She rides a chariot pulled by two cats and wears a cloak of falcon feathers and a gold and amber jeweled necklace known as the Brísingamen that is imbued with her power (like Thor’s hammer). She is often joined by the boar Hildisvini.

And, like Odin, she has deep connections to death and magic. In fact, Freya is known for teaching seidr magic to Odin and the Aesr.

Seidr, which means “to bind” is a shamanic form of Norse magic that involves seeing into the future and attempting to bring about change while in a trancelike state. Seidr practioners were known as völva (or sorceress), and Freya is the archetpe of them.

If you’re interested in learning more about the magical practice, you can discover more about it in Katie Gerard’s book.

Freya is a Vanir deity (she’s not an Aesir) and rules over the afterlife realm Folkvang (or Fólkvangr). According to the poem Grímnismál within the Poetic Edda, when soldiers die in battle, she chooses half of them to go with her to her. The rest go with Odin to Valhalla.

“The ninth is Folkvang, where Freyja decrees
Who shall have seats in the hall;
The half of the dead each day does she choose,
And half does Othin have.”

She is also known as:

Who Is On Freyja’s Family Tree?

Freya’s mother is unknown (though some suggest it is Nerthus), but Njörd is Freya’s father. He is the god associated with the wind and the sea and revered as a guardian of seafarers and fishermen.

She has a twin brother, Freyr, and two daughters: Hnoss and Gersimi. In Eddic mythology, her husband is Odr.

The First Appearance of Freya

Freyja’s first appearance in mythology is earlier than you may think. Because of her connection with magic as a völva, one theory suggests that she originates from ancient Germanic peoples.

Though she’s not mentioned by name in these texts, historic accounts from Tacitus in 70 CE refer to a woman named Veleda who seems to have some similar qualities. Her Brisingamen necklace is also mentioned in Beowulf (11th century).

One of the first written accounts of Freyja that mentioens her by name comes from 10th-century Skalds. During Iceland’s Settlement Era (874-930), there was a large conflict between Heathens and Christians. According to Islendingabok, one skald insulted Freyja in a verse and was banished for blasphemy against her.

The Sagas of the Icelanders, the poetry of the Skalds, the Poetic Edda, the Prose Edda (13th century), and Heimskringla are the earliest written accounts of Freyja. These writings, many of which derive from Snorri Sturluson, were written in the 13th century.

Freyja and Frigg have many similarities, but there are differences between the two goddesses. Both most likely descended from Frija, a Germanic goddess who is mentioned in Germanic sources such as the Second Merseburg Charm.

It is possible that she became two goddesses as people traveled. According to Rudolph Simek’s A Dictionary of Northen Mythology, “In Germanic times Frigg seems to have been known outside Scandinavia.” There is a possibility that Frigg was originally regarded as the goddess of women, love, and interpersonal connections.

1. The Fortification of Asgard

In this story, a craftsman arrived at Asgard and volunteered to build a great wall to protect the gods from harm. The giant craftsman stated he could finish his task in three seasons, but required the goddess Freya’s hand in marriage and the sun and moon.

Freya opposed the giant’s demands. But, Loki promised the builder anything he wanted if he completed his task in one winter. He accepted the deal as long as his stallion Svadilfari could help him. The gods agreed and the horse did all the work, and it looked like he would complete the wall before winter.

So that the gods wouldn’t have to agree to the bargain, Loki transformed himself into a female horse and seduced Svadilfari so that work would cease. The man became furious and the gods realized he was a giant. Thor killed the giant and later on, Loki gave birth to Odin’s eight-legged steed Sleipnir.

In this poem from the Poetic Edda, Thor wakes up to find his Mjollnir hammer has been stolen. He and Loki go to Freyja to ask to borrow her cloak that will let Loki fly like a falcon.

While wearing the magical cloak, Loki encounters a the giant Thrym who says he has buried the Mjollnir and will only return the might weapon if he gets to marry Freyja. Thor and Loki relay this news to Freyja who becomes so angry she shakes the halls of the Aesir and the Brísingamen falls from her neck.

“Freyja was enraged, and gave a snort,
So that all the gods’ hall trembled,
And the great Brísingamen burst:
“You’d think I’d become the most deserpate for men,
If I drove with you to the giants’ domain.”

After some discussion, Thor dresses up in a bridal gown as Freyja, all the way down to her Brísingamen and tricks the giant into marrying him. The giant returns the Mjollnir at the reception and Thor hits him with it and kills one of the guests.

Freyja’s lustfulness is frequently brought up in Eddic Poetry, including the Hyndluljód, where she is compared to “racing through the night in heat like the goat Heidrun.” In Lokasenna, Loki accuses her of being extremely promiscuous.

Also highlighted is her adultery with her husband. An account from the late fourteenth-century manuscript Sorla páttr in Flateyjarbok describes how she when she spotted the Brísingamen she offered the four drwarves who forged it gold and silver for it. They requested to each spend a night with her instead, which she agreed to. 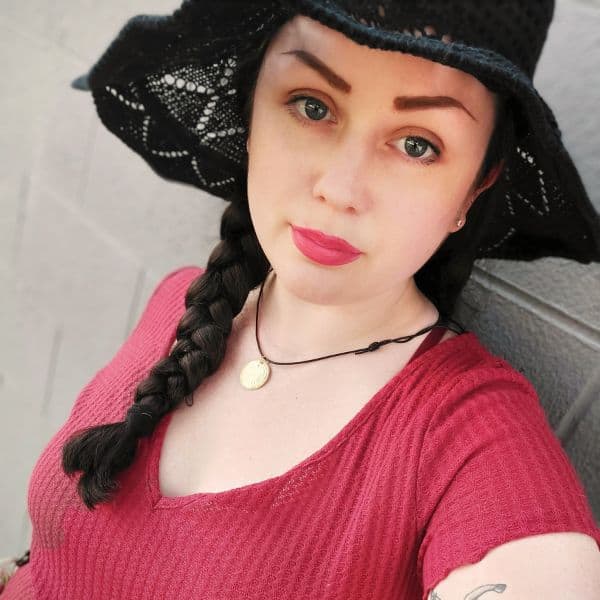 Kimberly Anne
Kimberly Anne is a freelance writer based in Chicago. Kimberly has been studying and writing about mythology and ancient literature for several years. She specializes in content creation, proofreading, and editing. Her free time is spent with nature spirits, hugging trees, and talking with her mystical cats. You can follow her on Twitter or Instagram as @kimberlyanneinc.

Kimberly Anne is a freelance writer based in Chicago. Kimberly has been studying and writing about mythology and ancient literature for several years. She specializes in content creation, proofreading, and editing. Her free time is spent with nature spirits, hugging trees, and talking with her mystical cats. You can follow her on Twitter or Instagram as @kimberlyanneinc. 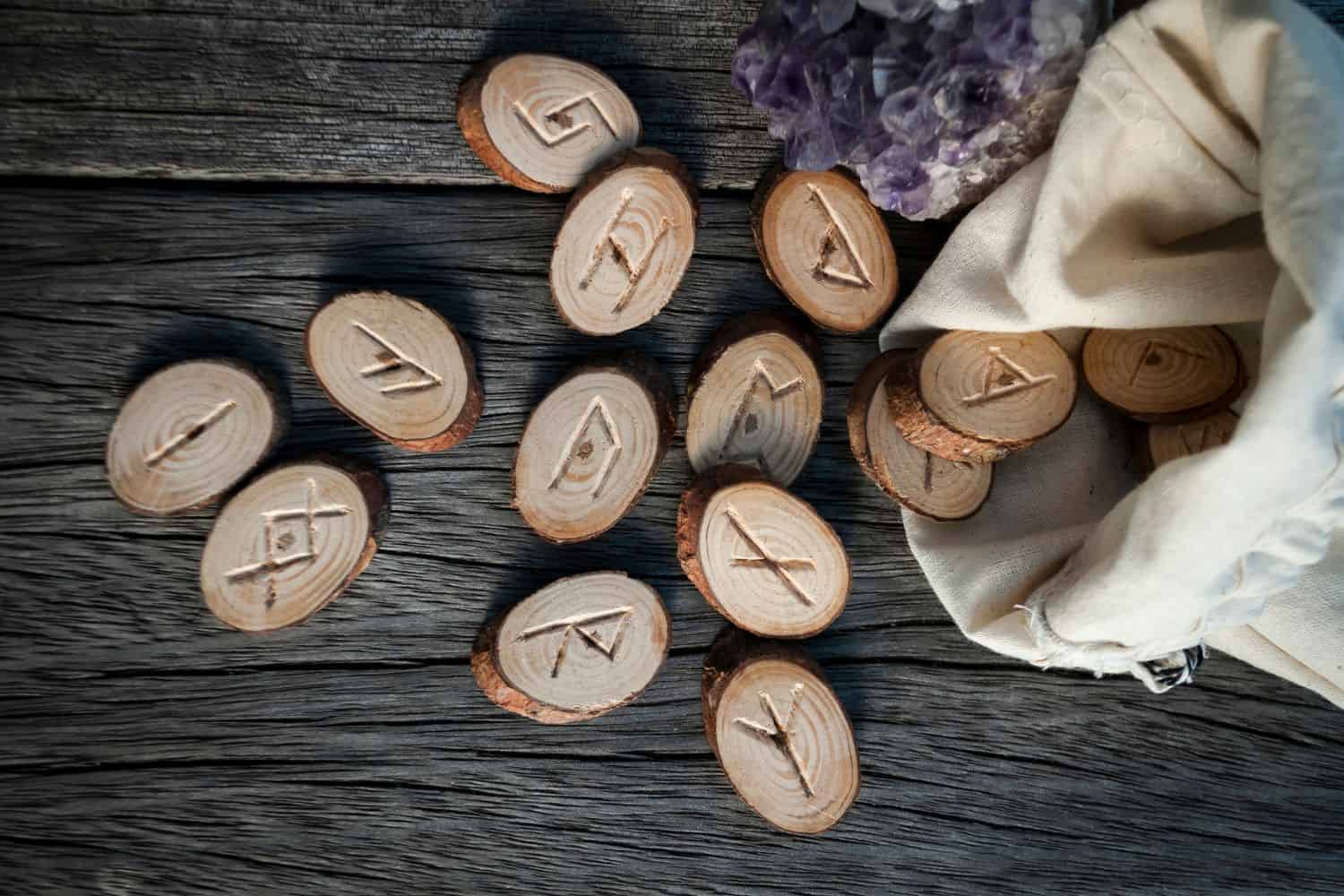 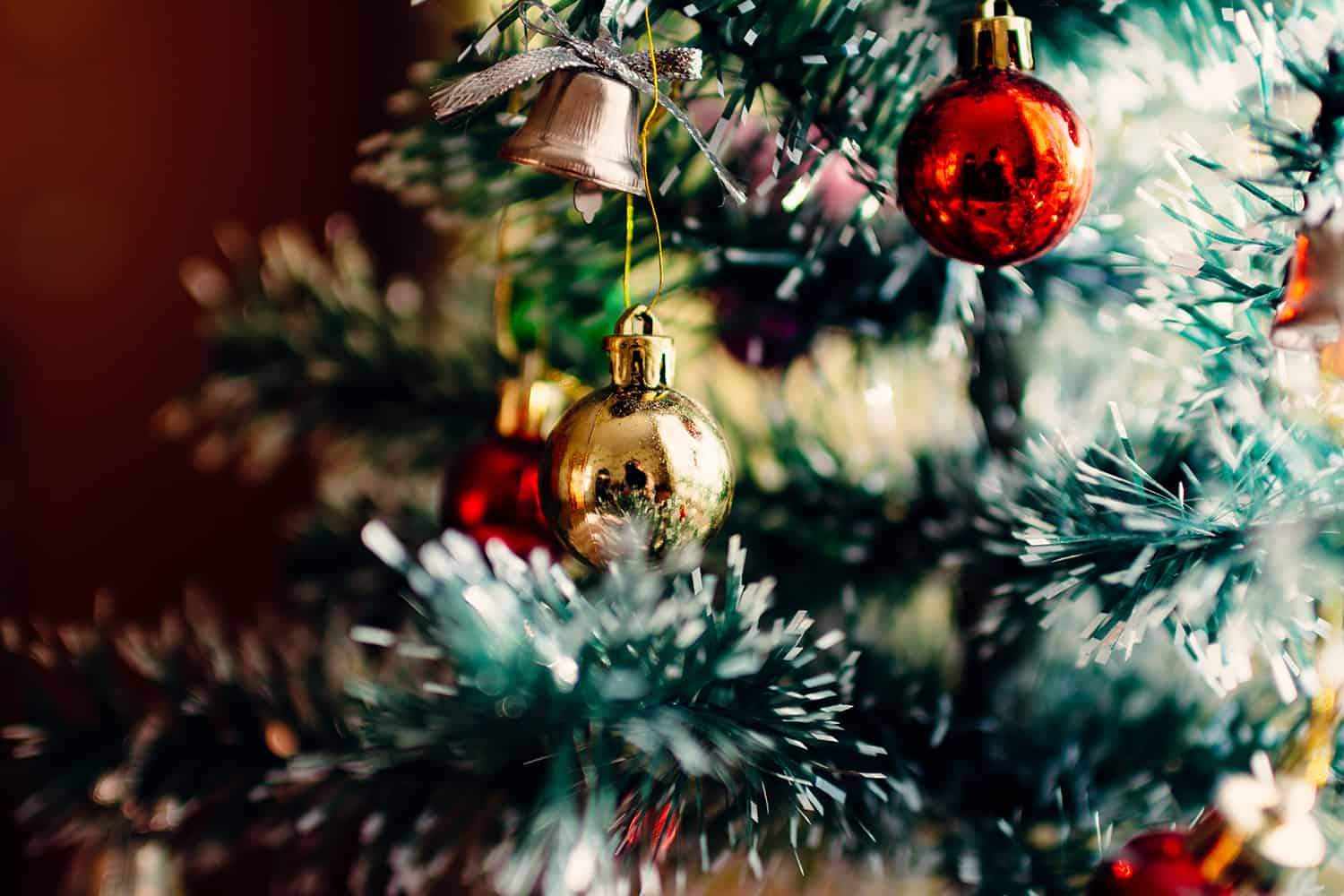