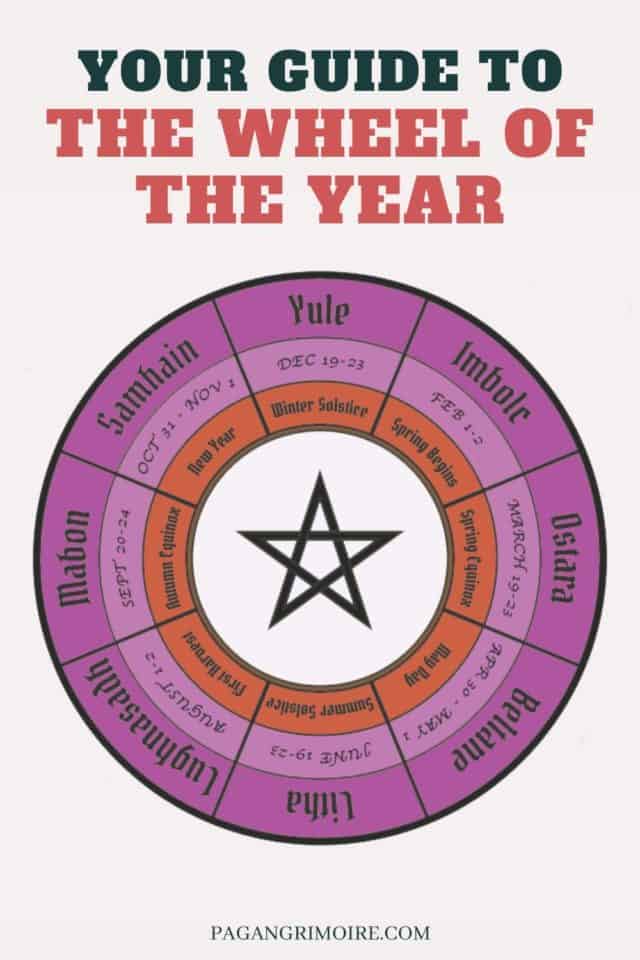 The Wheel of the Year is a symbol represents the 8 festivals important to many pagans, Wiccans, and witches. These holidays — knows as Sabbats — follow a nature-based calendar and include four solar festivals and four seasonal festivals set in between them.

Because solstices and equinoxes are tied to exact astronomical moments, the holidays shift slightly from year-to-year. There is a celebration about every six weeks, so there’s always something to look forward to! At the end of this post, I’ve included the Wheel of the Year dates for 2020.

If you choose to celebrate the festivals on the Wiccan calendar, how you choose to do so is up to you. If you’re part of a coven, you and your fellow witches may have follow certain rituals and customs connected to the holiday. If you are a solitary practitioner, take the time to learn about each Sabbat and learn about the colors, foods, and decorations associated with each.

The Wheel of the Year Festivals:

The 4 greater Sabbats or quarter holidays are the two solstices and two equinoxes. They have origins in Germanic traditions and include: Yule (winter solstice), Ostars (spring equinox), Litha (summer solstice), and Mabon (fall equinox).

The lesser sabbats or cross-quarter days fall approximately halfway between the greater sabbats and have origins in Celtic traditions. They include: Imbolc, Beltane, Lughnasadh, and Samhain.

In Wiccan tradition, the Goddess (in her Mother aspect) gives birth to the God on the longest night of the year (the winter solstice) and then, like the Earth during winter, rests.

In wider pagan traditions, Yule celebrates the coming of longer days and the return of the sun. Trees are decorated, Yule logs are burned in the fireplace to protect the home and bring good luck.

Imbolc is the holiday during which some pagans give thanks to Brigid as well as to the increasing daylight, which comes with hope for an abundant spring. It is also a traditional holiday for rededications or for witch initiations.

The spring equinox (Ostara) is a holiday of renewal and abundance. For Wiccans, this is when the Goddess represents her Maiden aspect and when the god has become a young man. It’s a great time for planting seeds and celebrating the fertile spring.

When I was growing up, I always thought Beltane was the coolest, but that’s because I thought of it only as the holiday in which you lit a bonfire and went and made love in the woods. May Day is also celebrated by decorated and dancing around the maypole (representing the male aspect). And, it’s believed that, like at Samhain, the veil between the living and the spirit world is thinner. For Wiccans, this Sabbat is also a holiday of love and romance and when the God and Godess come together.

The summer solstice, or Litha, is when the days are the longest. Nature is at it’s peak and the sun is at the highest point in the sky. Pagans give thanks for all of this and at this time, ask for a rich harvest. For Wiccans, this is also when the god is at his full power.

Lughnasadh marks the midpoint between summer and fall, and is the first harvest festival of the year. It’s a time for harvesting grains, giving thanks for the growth that has happened, and to enjoy the warmth and light that is still to come. For Wiccans, Lughnasadh is marks when the god’s power begins to decline. And, for some pagans, it’s the time when the Celtic Sun God Lugh transfers his power to the grain. When the grain is harvested and baked into bread, his cycle of life is complete.

Mabon or the fall equinox is the second harvest festival. Traditionally, it’s when fruits and vegetables are harvested, when autumn begins, and when Wiccans believe the Goddess moves from Mother to Crone. It’s a time to give thanks for all that has been provided.

Samhain, or best known as Halloween, is Celtic New Year’s Eve and the final harvest. It’s when the veil between the world of the living and the dead is the thinnest and when pagans believe spirits easiest roam the earth and when it is easiest to communicate with them. It is a time to honor all those who have come before, for all that was gifted to us during the year, to ask for guidance, and to set intentions as the turning of the wheel begins again.

Wiccans believe this is when the god dies and when the Goddess both reaches her highest power as the Crone and is pregnant with the god that will be born at Yule. And hence, the cycle begins again. It is, because the divide between the world’s is at is thinnest, also one of the most powerful nights to do magic. 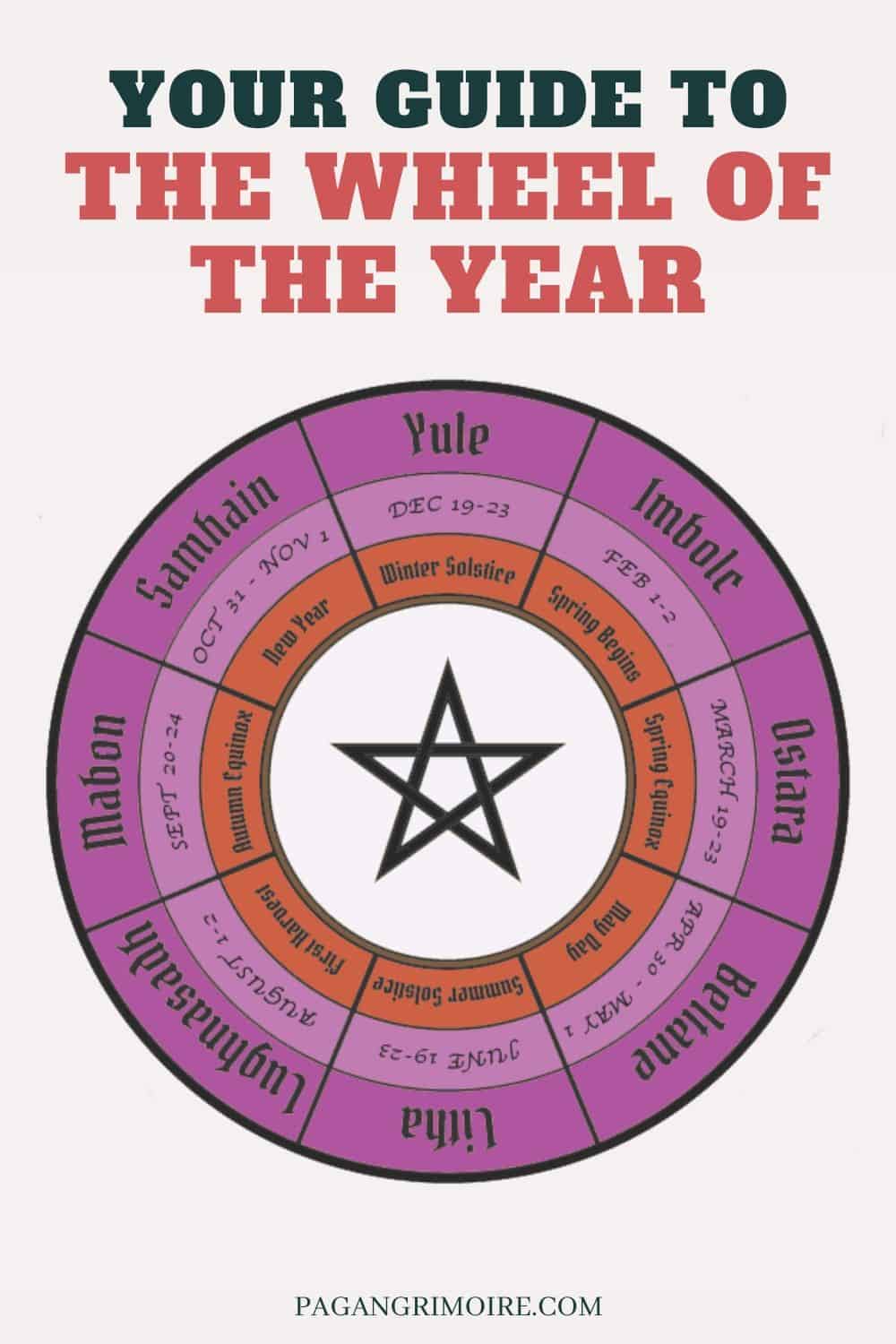 Latest posts by The Pagan Grimoire (see all)

*I am not a medical, financial, or legal professional and cannot guarantee results. As with all things in life, if you need professional guidance, seek a professional.